PRO MUJER ARGENTINA AND JOHNSON & JOHNSON JOIN FORCES TO TACKLE THE TABOOS OF MENSTRUATION: PROVIDING MENSTRUAL HEALTH EDUCATION AND COUSELING TO 16,000 WOMEN AND GIRLS IN ARGENTINA

By Lisa Autz. Every day, more than 800 million girls and women between 15 and 49 years old are menstruating, yet 500 million lack adequate access to resources and facilities for menstrual hygiene management (MHM) globally. In Latin America, women typically express feelings of fear, shame, discomfort, etc. in relation to their menstrual cycle.1 Many religious traditions also perpetuate the idea that women are impure when menstruating, especially as it relates to sexuality. This vicious cycle of “misinformation and repression” in turn limits the discussion around menstrual hygiene, and ultimately sexual and reproductive health.

Pro Mujer (PM), a pioneering women’s development organization, combining financial services with quality education and health services, delivers services within supportive, social centers in six different countries in the region: Argentina, Bolivia, Nicaragua, Mexico, Peru and Guatemala. These centers foster community building and equips nearly 250,000 low-income women each year with the education and tools to take on the challenges they face daily. Since beginning in 1990, PM has witnessed how the stigma of menstruation limits the potential for comprehensive sexual health education and empowerment for women. To address this issue, Pro Mujer in Argentina (PMA), partnered with Johnson & Johnson’s “Golden Initiative Campaign” – #SiempreJuntas (Always Together) in June 2019 to tackle this critical issue and provide basic MHM information to over 15,000 women and girls (ages 18 – 65) in several of the poorest regions in the country. 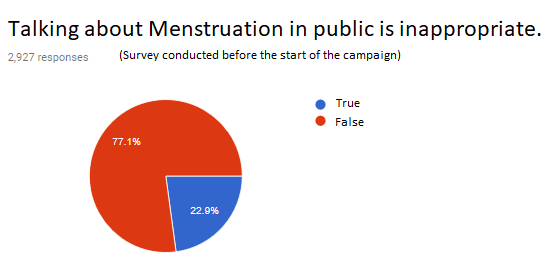 Graph created by Pro Mujer, based on an internal survey (2019) performed on PM clients in Argentina before the launch of the “Golden Initiative Campaign”. 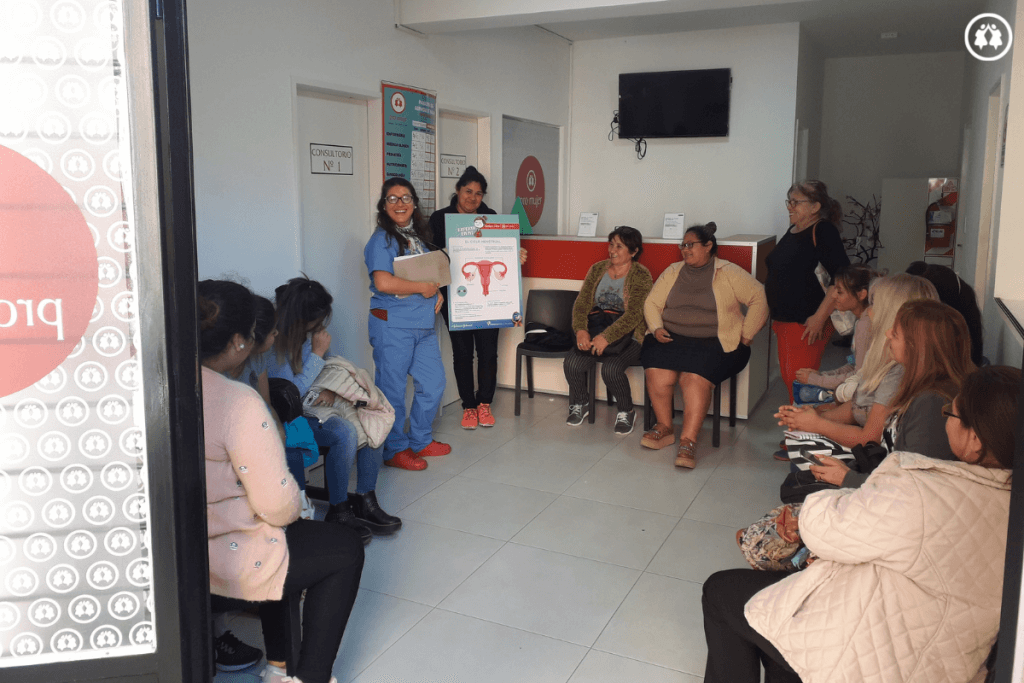 With Johnson & Johnson’s strategic support, a partner of Pro Mujer for nearly a decade, The #SiempreJuntas (Always Together) for Women Campaign launched, a six month education and communication campaign in all PMA centers in the provinces of Salta, Jujuy and Tucuman. The campaign featured MHM education by nurses and trained staff, free sanitary products and social media and communication awareness campaigns. During the monthly communal loan meetings at our centers, where women meet to pay their loans and access key services, such as financial and health education, PM asesores, (loan officers) initiated the conversation on MHM education and related stigma and taboos. In addition to informative talks, PMA offered personalized counseling sessions by trained nurses (on an as need basis) and distributed educational MHM materials, such as banners, announcements and pamphlets in all centers.

“Being able to speak in public [about menstruation] was at first a bit awkward, but then we relaxed and we were able to share and exchange the questions we all had,” says Angel Cristina, 41 year-old entrepreneur making leather goods, based in Salta.

At the beginning of the campaign, nearly 23% of women felt awkward discussing menstruation in public and nearly 40% were misinformed on basic MHM education such as believing in the largely held myth that it is not possible to get pregnant while having sex on your period. 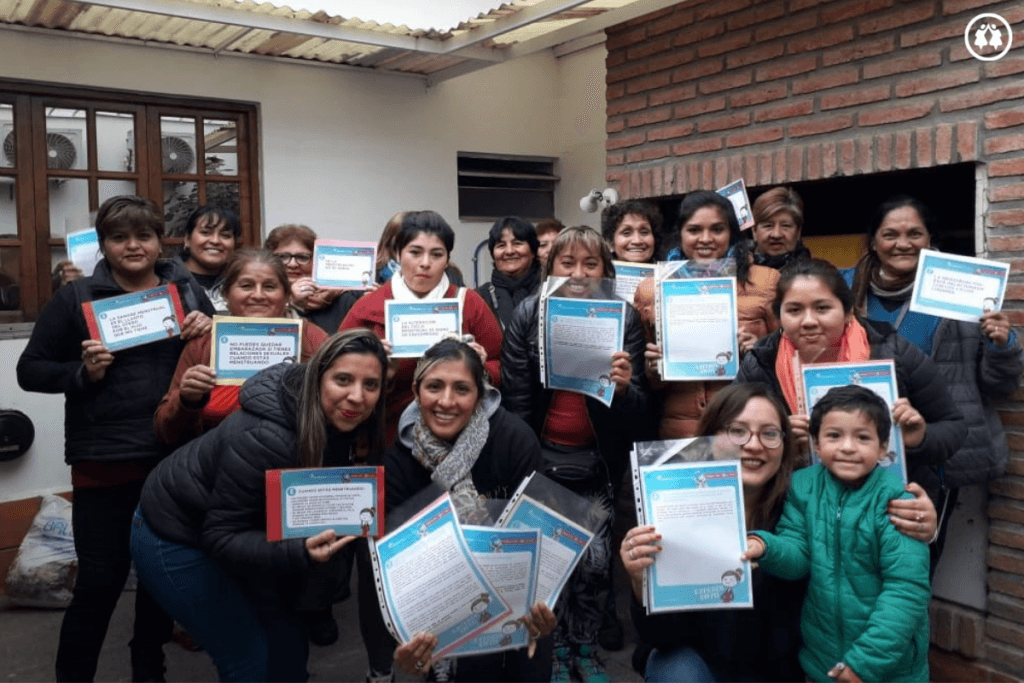 In addition, campaign staff also trained 32 PMA staff in order to advocate for MHM education including topics such as: the biological perspective of menstruation, period tracking, typical and atypical menstruation cycles, the connection between menstrual health and sexual reproductive health, as well as the importance of discussing MHM to girls at a young age.

“There were ladies who were not well informed and that helped women clear up the doubts they held, allowing us to talk about the subject in a safe, relaxed way,” says Milagro Cabezas, a 30 year-old participant and entrepreneur selling bread in the capital of Salta. 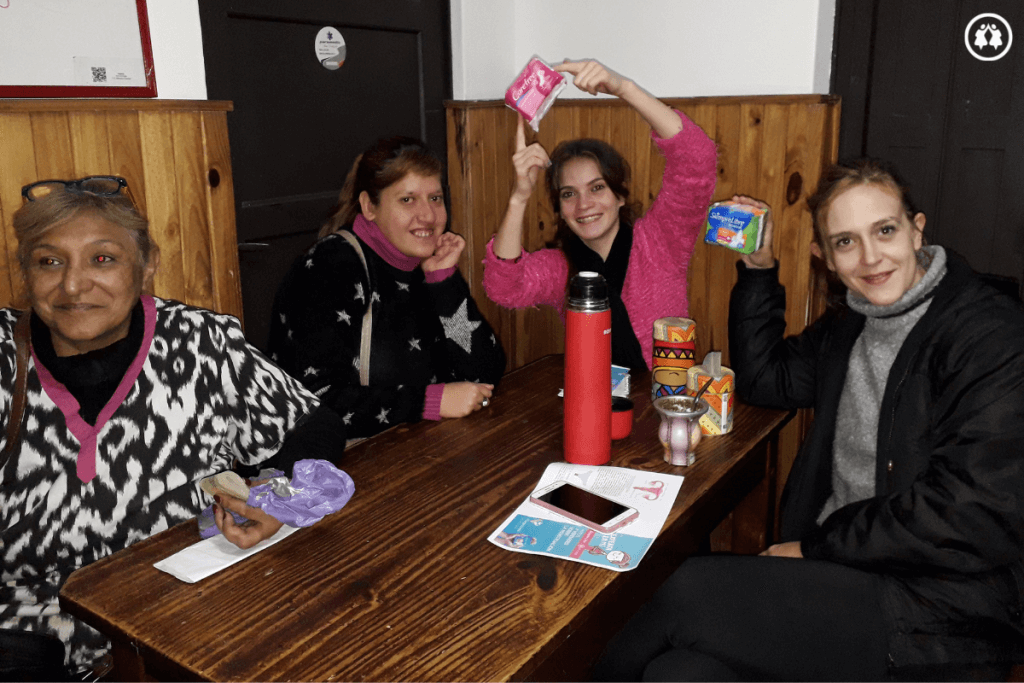 With nearly 50% of participants between the ages of 26 – 41, the program emphasized the need to share this information with daughters and young women, giving PM clients the opportunity to become leaders in the community on breaking menstruation taboos.

Milagro elaborated on why it was important for her to discuss menstruation with her children and other young girls in the community, saying, “I was able to share the information with other mothers of my children’s classmates, and I also shared the brochures with my friends. It is important to build trust with our children to discuss these intimate topics that are not so easy to talk about so they have accurate information on how to care for themselves.”

Overall, the impact of the campaign was positive. Thanks to the strategic support and partnership with Johnson & Johnson, participants experienced a gratitude and solidarity with each other with the aim to better advocate for Menstrual Health Awareness, especially with young girls in the community.

Despite the lack of menstruation education initiatives typically done in Latin America, PM and Johnson & Johnson were determined to ignite the conversation with the long-term goal of creating more positive spaces and attitudes towards “menstrual talk” among adults and youth. At the same time, #SiempreJuntas added to the global data gap with research on the impact of MHM intervention, highlighting the need to create more standardized definitions on MHM outcomes and stronger evidence for how MHM interventions impact communities for the future.

“I talk a lot with my daughters now, especially so that they know how to take care of themselves, and emphasize that they write down their [period] dates so that they can take control, especially of their sexual health,” explains Angel Cristina.