We thank Microsoft for writing about their partnership with Pro Mujer and the significant benefits this partnership has brought to poor women in Latin America. Microsoft’s post—written in Spanish—was distributed in Latin America and is attached here. To help non-Spanish speakers, we’ve summarized their comments and join them in sharing this wonderful story about Rebeca. 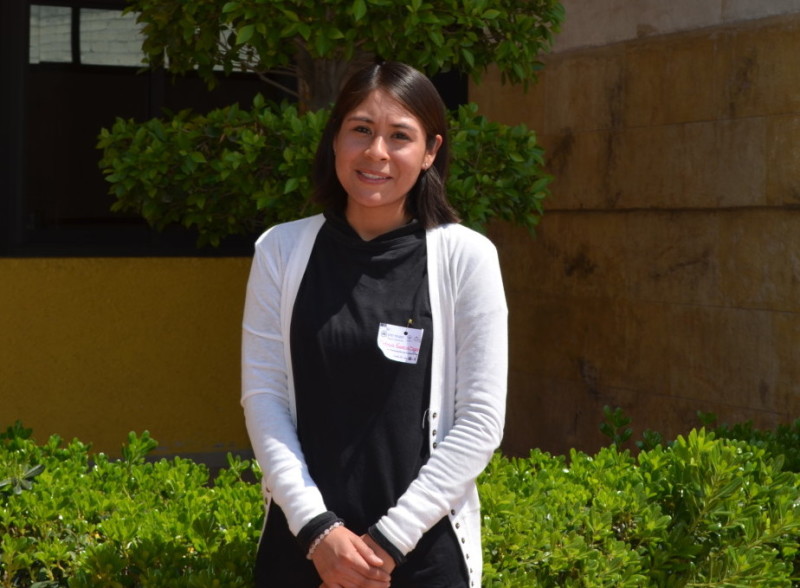 A year ago Microsoft confirmed its commitment to the Latin American community, young people and, in particular, women by donating software licenses with an estimated value of $2.3 million to Pro Mujer. This grant allowed Pro Mujer clients from deprived areas to have the opportunity to access and use technology. Rebeca was one of Pro Mujer’s clients who benefited from Microsoft’s generosity. Here’s Rebeca’s story:

Rebeca García Saavedra is 23 years old and works both as a school teacher and a vendor of nutritional products. She joined Pro Mujer three years ago when her mother, also a Pro Mujer client, invited her. At the time, she was still in school and having a hard time with coursework that required her to use a computer, because she had very little knowledge of computer basics. While Pro Mujer offered computer classes, Rebeca noticed that many women were hesitant to sign up because they were afraid. She decided to serve as an example to the other women and show them that they could master computers, regardless of age or gender.

She was glad that the Pro Mujer teachers began with the basics, starting with how to turn on and off the computer. Many women didn’t know how to do this properly and were scared of breaking the computer. Rebeca was proud that her classmates felt confident turning to her for help on their assignments. She took classes on many topics until one day the Pro Mujer teacher told her that she was almost ready to graduate. Rebeca had mastered classes in Word, Excel, PowerPoint, Publisher, and using the internet. She also felt great satisfaction that the other women had also learned, and were graduating as well.

Rebeca says that Publisher has been the most useful, and she has used it extensively for her business. She has been able to design marketing materials including posters, fliers, and business cards. These materials have helped her acquire new clients. In addition, she enjoys the creative aspect of designing on the computer.

Rebeca tells other Pro Mujer clients to take advantage of this opportunity because these kinds of classes are not offered in many places. She says: “Learning helps you grow as a person, if you want your business to grow you have to start with yourself. These classes provide you with the basics, both to help your business and so you can set an example for your children to be entrepreneurial, better people.”

Rebeca is very happy that she graduated from these classes because when she goes to Pro Mujer she is an example to other clients. It feels good to be able to tell them, “You can do it!” and to know that she was able to do it herself. “I am also grateful because with the support I have received from Pro Mujer I was able to become the person I am today. I feel fulfilled, happy, and I consider Pro Mujer to be my family.”

Rebeca’s final comment: “Thank you, Microsoft and Pro Mujer, because these classes give us opportunities that help a lot; they are a complement to our lives and help us grow as micro-entrepreneurs.”

Pro Mujer thanks Microsoft, too!