If she had to describe Pro Mujer in one word, Dina Lopez’s choice would be “transformation.” The mother of one is the proud Pro Mujer manager of the Masaya region in Nicaragua, where she served almost 15,000 women in 2015. 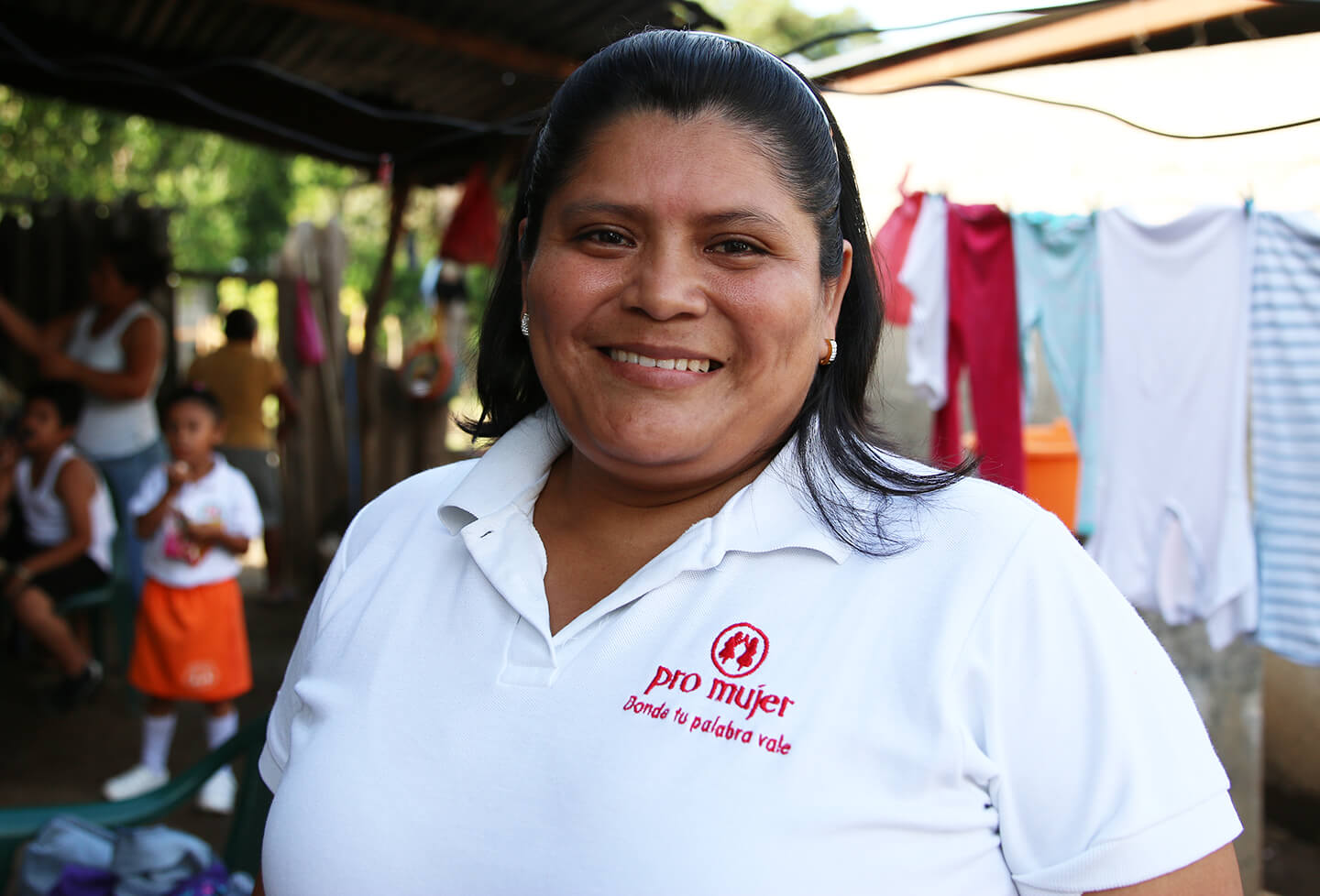 Thanks to the support of Pro Mujer, Dina was able to make her dream of owning a home a reality.

But Dina’s future didn’t always look this bright. As a young girl, a disposable plastic bag was all she had to carry her school supplies every morning. Her mother, a seamstress, struggled to feed her three children, let alone buy them backpacks.

When the time came for Dina to decide between a higher education or a low-paying job in her hometown, the choice had already been made for her: Dina would go to university and her mother would move to neighboring Costa Rica in search of a more profitable job that would put her children on better footing for the future.

Dina struggles to hold back her tears when reliving the separation from her mother. In hindsight, however, she sees it as a transformational experience: In 2004, shortly after obtaining her business administration degree, Dina found Pro Mujer. In one year only, she joined a communal association, was hired as a recruiter and was promoted to become advisor. Nine years later, Dina was at the helm of the entire department, which encompasses two neighborhood centers disbursing more than $5 million in loans a year.

What Dina lacked in professional experience, she made up for in valuable human qualities, says Human Resources Coordinator Guadalupe Navarrete.

“The technical aspect can be learned, but the candidate must identify with your mission; she must be a fighter, an entrepreneur who wants to forge forward as a woman and a professional; she must be sensitive to other women’s problems; and she must have unbreakable principles and values that allow her to support women in their development and make them feel as worthy as a gem,” Navarrete says.

Being a Pro Mujer client was the “trampoline” that helped Dina get to where she is today. Similarly, staff members credit Dina for taking her neighborhood center to the next level.

“Dina is very modest,” says Alejandra Narvaez, Nicaragua’s communications specialist. “Before she was promoted, our star center was in Leon. Dina changed all that. Today, Masaya is our best-performing center in all of Nicaragua.”

Having grown up in a tiny room with her brother and sister, Dina always dreamt of having a home of her own, no matter how small.

“Thanks to Pro Mujer, I have accomplished that dream,” she says. Today, “we don’t own a small home, we own a big home…And thanks to the opportunity that Pro Mujer gave me, even when I didn’t have any experience, I have also become a professional.”

Dina’s motto is “to always move up, keep on climbing.” Now that she and her husband have built a family home, she dreams of becoming a regional manager at Pro Mujer. In due time, she also envisions her young daughter, Camila, becoming a doctor, a working professional like her.

“Pro Mujer not only helps clients accomplish their dreams, but staff members, too,” she says. “As long as you have set goals, you can reach them.”