To an outsider, Pro Mujer client Gertrudis Castillo may seem like an impoverished woman struggling to get by. The mother of five sleeps in a hammock and walks on  dirt floors in her home in Corinto, on Nicaragua’s Pacific coast. Each of her children were fathered by a different man, and $16 is all the child support she receives every month.

What an outsider won’t see is that the 52-year-old powerhouse has put all her children through school — each of them having a small computer and Internet access at home — and that she runs three businesses and is an active member of her community. To Gertrudis, her children’s development is number one on her list. There will be time and resources for her two-story dream home when her 15-year-old son, Ronald Isaia, graduates, she says. Having grown up by the ocean, Ronald dreams of being a shipbuilding engineer and making ships as large as the Titanic.

“As long as I am close to my kids, they’ll grow strong and develop a good foundation,” Gertrudis asserts, “so that when they go out into the streets, they can face anything that comes their way and not stray from their path because I have stood by them, raising them.” 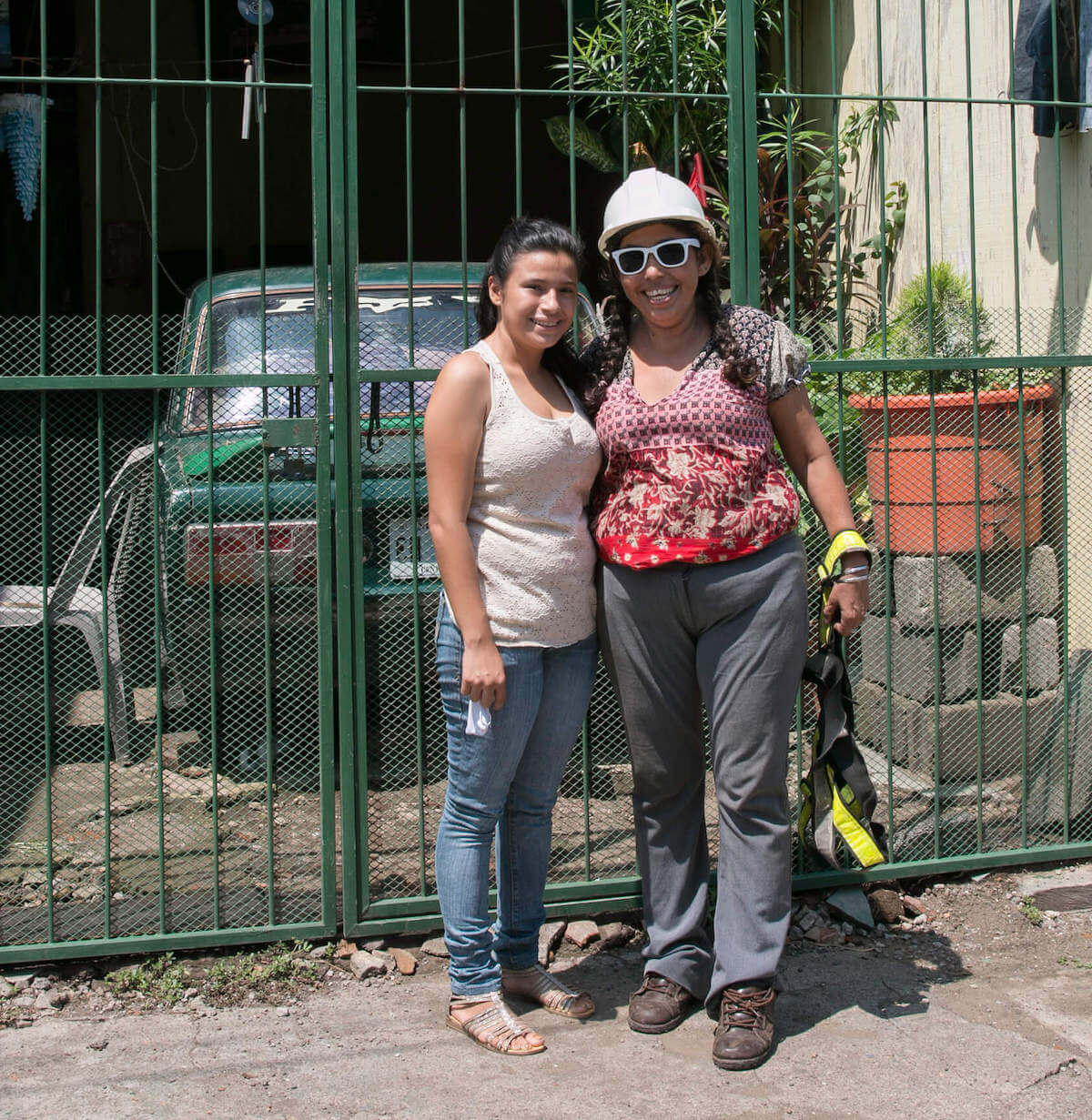 Gertrudis and her daughter, Jacksiry, outside of their home in Corinto, Nicaragua.

When Gertrudis first joined Pro Mujer in 2000, she was “dressed in rags” but hopeful to launch her first venture: “From Breakdown To Bankruptcy,” a piñata production business that runs on recycled materials.

“With the money that Pro Mujer loaned me, I was able to produce piñatas by the dozen and I started paying off my kids’ school bills,” Gertrudis recalls. Pro Mujer advisors also taught her to administer and save her profits. Soon enough, the business thrived, allowing her to put the loans on pause for a while.

Gertrudis then founded “Pacific Ship Handler.” Donning a pair of plastic boots, an anti-reflective vest and a hard hat, she boards incoming ships to assess their needs and deliver a wide range of food staples, her right hand and youngest daughter, Jacksiry, always in tow.

Jacksiry, 20, wants to become a forensic pathologist, a career that only a handful of Nicaraguans pursue. Her mother hopes that her third business, an incinerator for ship refuse, will help pay the bills so Jacksiry can go back to school.

Without Pro Mujer’s support, Gertrudis today would be “sweeping the streets, with no roof over our heads,” she says. Today, she’s learned to take good care of herself and her children through periodic checkups at her neighborhood center and a healthier diet. An empowered, all-smiles powerhouse, Gertrudis stands tall, proud of everything she has accomplished, and determined to reach for the stars.