Reaching the Global Goals: A look at Pro Mujer and the SDGs 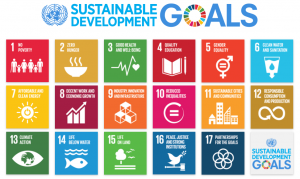 On December 2015, the United Nations launched the 2030 Agenda for Sustainable Development. As part of this ambitious plan, world leaders adopted a set of 17 global goals known as the Sustainable Development Goals (SDGs), which cover everything from ending poverty to providing clean water and supporting just and peaceful societies.

While world leaders have pledged to achieve these goals by 2030, pressing challenges lay ahead. At this year’s World Economic Forum in Davos, many of the world’s leading politicians, entrepreneurs and activists expressed concern that we are seeing a move away from global cooperation, a trend that could slow progress on achieving global initiatives and goals. In fact, a recent study by Brookings revealed that 154 countries are currently off track on meeting at least one of the following key SDG targets: child mortality, maternal mortality, access to drinking water and access to sanitation.

The Agenda is ambitious, yet promising if we, as organizations and individuals, do our part to contribute to its success. We must ask ourselves how we can promote the SDGs and motivate others to join the movement.

Pro Mujer and the SDGs

Many of the Goals and corresponding targets are related to our work at Pro Mujer, but three in particular are central to our mission. 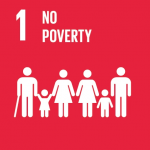 Goal 1: Eradicate poverty in all its forms

One of the UN’s targets for Goal 1 is to ensure that everyone has access to basic financial services by 2030. Access to credit and savings has been shown to improve the performance of small businesses and provides a safety net to the most vulnerable during crisis periods.

In Latin America, remarkable gains have been made in tackling poverty over the last decade. Over 90 million people left poverty behind and entered the middle class between 2003 and 2013.

However, 40 percent of people in Latin America still do not have access to traditional financial services, and the pervasive social and economic inequalities in the region have left 30 million people at risk of falling back into poverty.

For over 25 years, Pro Mujer has provided low-income women in Latin America vital services so they can achieve financial independence. Since 1990, Pro Mujer has disbursed $2.8 billion in small loans to women who often lack access to traditional financial services. In 2016, we served nearly 300,000 women in five Latin American countries with small loans and crucial financial education, providing an important step on the path to economic independence so that they can build better lives for their families. 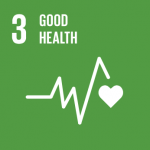 Goal 3: Ensure healthy lives and promote well-being for all

In developing regions, 50 percent of women do not receive the minimum recommended healthcare. This makes them and their families more vulnerable to health crises. For example, in Nicaragua, cervical cancer is the primary cause of death in women aged 15-44, a statistic that can be easily reversed with early detection. Yet, less than a third of women receive regular Pap tests.

Low-income women cannot afford to lose the time and money associated with seeking medical attention. To address this, Pro Mujer offers primary healthcare and health education alongside our financial services. This allows Pro Mujer Women to combine visits to healthcare professionals with managing their loans and attending group meetings. In 2016, Pro Mujer offered nearly one million health services, including cancer screenings, with plans to reach even more women in 2017. 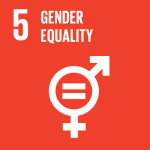 Goal 5: Achieve gender equality and empower all women and girls

Over the past 26 years, Latin America has made progress when it comes to gender equality. However, there is still much more to be done. Latin American women suffer some of the highest rates of domestic violence (53 percent in Bolivia). When it comes to femicide – the killing of women because they are women – Latin America ranks second in the world.

Achieving gender equality is crucial in its own right, but it is also an essential driver of economic growth and a prerequisite for the health and development of families and societies. In short, if we fail to empower women, we fail to boost their families, communities and the global economy.

This approach to empowerment has always been central to our work. Pro Mujer provides women more than financial opportunity. We provide a sense of community bolstered by education that builds confidence and self-esteem.

Though the obstacles remain high, Pro Mujer will continue to fight for the success of the SDGs by promoting health, financial independence and gender equality. We invite you to join us in promoting the Global Goals. Here are some simple actions to get you started: