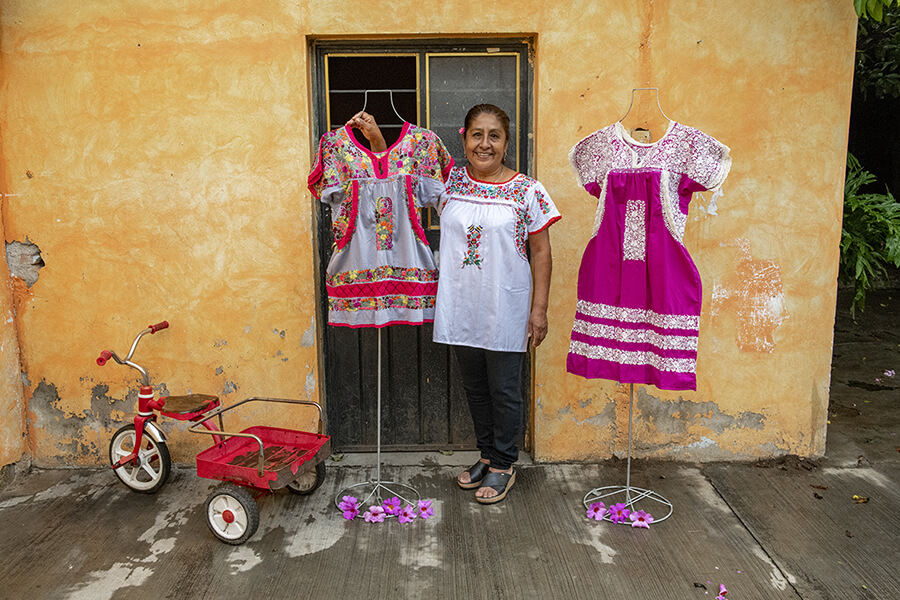 Walk around a major city in Mexico and you will quickly realize that women are a visible and influential part of the economy, selling and marketing a wide variety of products and services.

Currently, for every five SMEs that open in Mexico, three are led by women, according to Mexico’s National Institute of Statistics and Geography (INEGI). Women entrepreneurs contribute 37% to the country’s GDP, however, they only represent 16% of the formal business sector. This is largely due to their limited ability to access credit from formal commercial or private banks because of the size and nature of their businesses. In addition to this, women-led SMEs face many challenges when it comes to finding financing options, many of which feature heavy collateral requirements and inconvenient interest rates. These compounding challenges make it increasingly more difficult for women to start, build and expand their businesses.

Based on data generated by the World Bank, small and medium-sized (SME) women-led companies constitute approximately one third of the SME market. The majority of which are based in developing countries and 73% report being financially unserved or underserved. Latin America is the second highest region in the world in the percentage of failure of companies whose owners are women according to the Entrepreneurship and Gender in Latin America of the INCAE Business School. Additionally, the credit gap in Latin America is significant and stands at USD $5,000 million for women’s microenterprises and USD $93,000 million for women-led SMEs.

In response to the growing financing needs of women-led SMEs, Pro Mujer and New Venture’s VIWALA, with the support of USAID PACE, partnered to create a platform that serves the “missing middle”. This features a gender lens investment methodology to provide capital to SMEs supporting women-led businesses. Based on New Ventures 15 years of experience working with impact business, VIWALA’s gender strategy defines “women-led” as an organization with the key decision-maker or shareholders being women, businesses that intentionally benefit women and girls or an entity with an explicit strategy targeting women, girls, or gender equality.

Across the spectrum of finance, there are not many institutions that focus on the economic empowerment of women-led SMEs despite the important role that they play within a given society. VIWALA’s alliance with Pro Mujer leverages the experience of one of the largest organizations in the region that offers capacity development and financial education for women entrepreneurs. Pro Mujer has 30 years of experience advocating for financial inclusion and developing programs that greatly benefit low-income women in LATAM.

Evidence shows that women invest 90% of their income back into their families and communities, as opposed to men who invest only 40%. Pro Mujer’s work is inspired by this ripple effect, in how the investment of single women can lead to the prosperity of future generations. VIWALA aims to break the boundaries that limit women by creating more financial alternatives and by advocating for women equality across the financial sector, developing products that are tailored for impact SMEs specifically for those carving the path towards equality for women. VIWALA innovated a revenue-based lending option that offers flexible repayment options to entrepreneurs.

With this alliance, New Ventures’ VIWALA and Pro Mujer, reinforce their commitment to advance the social impact ecosystem in Latin America, while accelerating gender equality and gender smart investing.