How one Branch in Mexico Highlights our Greatest Asset – Our People 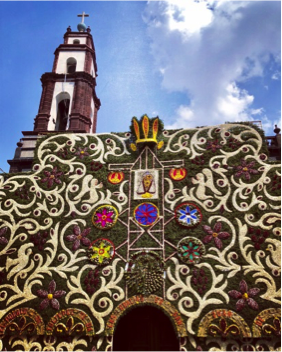 One hour north of Mexico City lies Tultepec, a small and vibrant town with nearly 60,000 residents. The fireworks industry is the main driver of the local economy, and more than 50 percent of Mexico’s hand-crafted fireworks production takes place in the city. Given the impact that the trade has on this beautiful town, it only makes sense that the week-long annual international fireworks fair, held in honor of San Juan de Dios, patron saint of firework-makers, is held in Tultepec.

Tultepec is home to one of Pro Mujer’s 37 branches in Mexico. Our office here serves approximately 3,000 women in the area and is led by the gregarious and amiable Hector Omaña, whose own mother also happens to be a former beneficiary of Pro Mujer. In fact, as a child, Hector vividly recalls the numerous trips to the Pro Mujer offices with his mother to make her loan repayments. As he saw his family’s economic situation improve drastically as a result of Pro Mujer, he was eager to give back to his community. However, in those earlier days, he couldn’t have possibly imagined that he would one day be leading the same Tultepec branch that he used to visit with his mother! 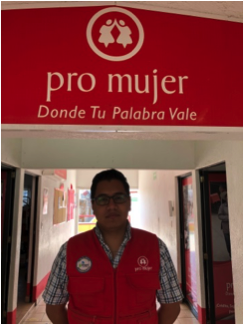 Hector first began his career at Pro Mujer as a loan officer, and after hard work and dedication, he was quickly promoted to branch manager. When asked what Hector enjoys most about his job, his impassioned response was: “Pro Mujer is an institution that supports women, a cause I feel very strongly about. One of the biggest rewards about my job is my influence and ability to empower not only the loan officers, but to also empower the women we serve.” Hector develops deep and personal relationships not only with his team in Tultepec, but also with the women of Pro Mujer. As local women enter the office doors, Hector knows each one by name, and is often greeted with both a smile and hug. As is the case throughout all of Pro Mujer’s operations, it is the strong relationships with our clients that set us apart in the communities we serve. At the end of the day, our people are our driving force, and Hector exemplifies this. 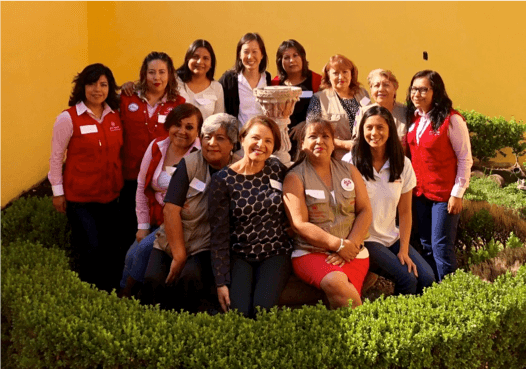 Another prime example of the great work of our employees is the Pro Mujer Ambassadors Program in Mexico, led by Magda Montaño, who has been working at Pro Mujer for over 10 years. Pro Mujer Ambassadors are in charge of representing Pro Mujer and championing its mission. Moreover, Ambassadors work in their respective communities to encourage women who may benefit from the wide array of services offered by Pro Mujer. As is the case for several other employees, Magda started her career at Pro Mujer as an education trainer before taking on a number of different roles, including loan officer, branch manager, risk supervisor, and regional manager, before working her way all the way to expansion manager.

Through the Ambassadors Program, select clients who meet certain criteria are invited to the “Casa Comunal” (“Common House”) for a breakfast, presentation and invitation to become a Pro Mujer Ambassador. The “Casa Comunal” is a safe space dedicated exclusively to the Pro Mujer Ambassadors, and is equipped with a sofa, television, and full kitchen. Ambassadors gather here for weekly workshops on various themes, but most of all, they rely on this space to relax and free their minds from the stresses of daily life. As a result of this program’s tremendous success, Magda has already started expanding the Ambassadors to other parts of Mexico. Her efforts showcase the important role our employees play in their local communities as they share our mission of empowerment.

Tultepec is just one example of Pro Mujer’s many extraordinary branches. Most of all, it highlights one of our greatest assets — the Pro Mujer employees who serve as champions of women’s empowerment. Though there are many aspects that make Pro Mujer unique, it is truly the passion and dedication of our people that serve as a key differentiator. The stories of Hector and Magda exemplify the hard work of all our employees across Latin America who consistently demonstrate Pro Mujer’s values and live each day to make a positive difference in the lives of others. This is what has, and always will, make Pro Mujer the special place it is today.